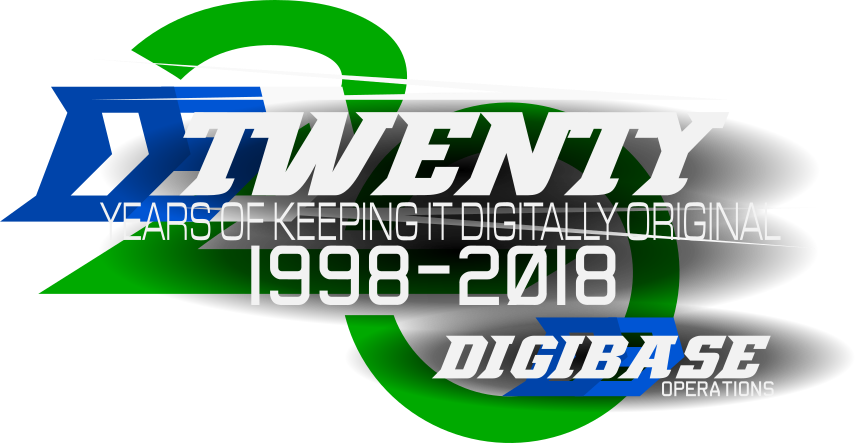 Our organization started as 'The Sector Zero Project' as a two-man effort, between Kradorex and KnuxX/Koray.

We initially started on a residential Internet connection and a Pentium 2 350 Mhz server and provided a community FTP service for those who wished to share files between themselves and other users. Users could request an account on our server then upload and download files. We did not have any sort of domain name or subdomain at our disposal at this point so users connected by our IP address.

Our efforts continued growing and along with those efforts, we established a webserver that under today's standards would be 'crude', but it worked for us.

As we ran on a residential Internet connection, our ISP didn't support webservers so we ran ours on port 90 (normal webservers are on 80). In fact today our web services are still available on this port as tradition (e.g. digibase.ca:90). Files uploaded to our FTP service were also available over our webserver, which became available by a "Dynamic DNS" subdomain we acquired.

It was at this point that we settled on our identity we have today, the name Digibase Operations, but we still had plenty of growing to do.

We begun our "X9 Computer Core" project to to provide us better hardware and software as our Pentium 2 server was heavily aged and our resources were stressed. We continued our web hosting mission, providing those who couldn't afford web hosting on the expensive, still relatively "new" Internet, where being a website admin was a big thing.

Our focus was around the gaming/Sonic the Hedgehog community, most of our users was from there so naturally we kind of associated ourselves jointly. Quite a few people from that community came aboard as staff with us. We routinely offered our services for that community to provide hosting, file mirroring, etc. Anything we could. With time, we developed more typical traits of a web hosting company of sorts, providing users and different sites each their own space.

It was toward the end of 2003 that we acquired our actual real domain name, digibase.ca and transitioned over to a real commercial Internet connection on the same ISP, who was excellent to us through the whole time we used their services.

It was also around this time that we started our IRC Network under the name "DigitalNET", a name shared by our internal network infrastructure.

Around this point, due to circumstances beyond our control, we needed to move our operations a lot between places. This resulted in about a year of instability of our services, but eventually we found stability again.

After our constant moves and resettling, we decided to take on a new mission in addition to our old one. We decided to begin doing some research and development and technical consultation outside of our network borders, after all there were other small operations out there who were quickly being left in the dust of security or operational developments that we could help with.

We took this time to branch out from our traditional "stomping grounds" at the Sonic community and to explore new avenues and communities to see where our services were relevant.

Around this time, we noticed that any forums we'd host and like services would be getting hit pretty hard by spam. We started an internal blacklist/ban file that was just a plain text file containing known spammer IP addresses and this was used across our services to block these IPs from posting to any hosted websites. An original copy of this file is available here. This cemented our foray into research and development.

Given we were associating ourselves jointly with so many other kinds of groups and communities and that talent and resources were being shared, we begun a nameless initiative, an open forum for these groups to converse and exchange ideas, people and technologies for the benefit of all. Eventually a name was settled upon: United Collective of Systems and Networks, or UCSN.

Our IRC network was significantly involved in UCSN's initiatives, so we decided that in the interests of everyone, we decideded to rename the IRC network officially to the more neutral "UCSN" brand.

Our text-based blacklists were overflowing and really no longer keeping up with performance. Lookups would take a long time, so we developed a proper blacklist platform backed by an actual database and established DNS Blacklists that work similarily to mail spam blacklists.

Our older Pentium 4-based server along with two secondary units that we picked up along the way that were dual Pentium 3 450s were aging, and having failing components. So it was decideded that it was Christmas time for Digibase, and we received funding to build a completely new "Computer Core" infrastructure. This gave us an opportunity to significantly re-develop our infrastructure and to improve network services with more power and capability behind everything.

Today we remain strong as an organization, and keep to our roots in remembering where we came from in hopes that it keeps us modest, yet strong for the future.